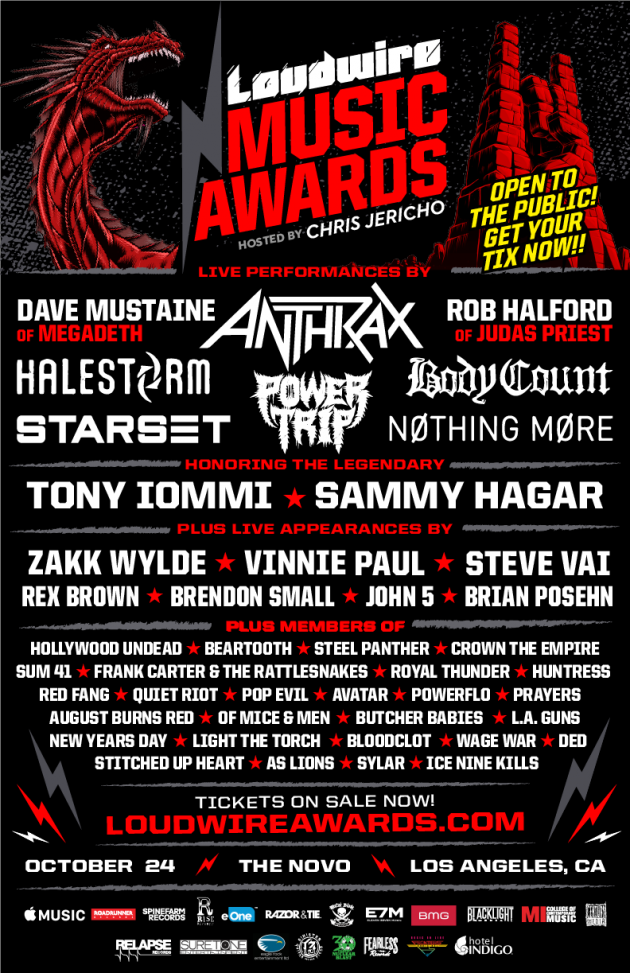 We're excited to help introduce the first-ever Loudwire Music Awards concert and ceremony happening TODAY (Tuesday, October 24th) at The Novo in Los Angeles. If you are as passionate about rock music as you are about craft beer, it's one you won't want to miss.

It's your exclusive opportunity to be a part of the theater audience instead of stuck at home watching on TV! Among the bands performing are Anthrax, Halestorm, Body Count, Nothing More, Starset and Power Trip, with special performances by Megadeth’s Dave Mustaine and Judas Priest’s Rob Halford.

In addition, Black Sabbath icon Tony Iommi, Van Halen legend Sammy Hagar and the aforementioned Rob Halford will receive special honors at the event, which will be hosted by WWE superstar Chris Jericho.